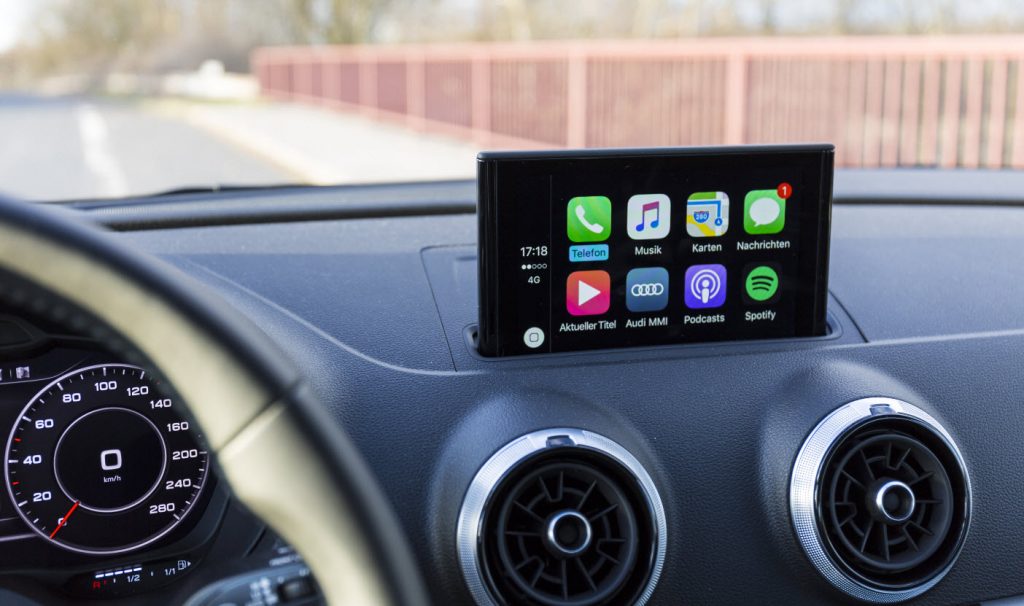 Answers to What Toyota Cars Have Apple CarPlay Finally Revealed

Toyota has a reputation worldwide for manufacturing the best cars, and the auto manufacturing giant has been selling more number of cars than any other brand across the world. However, it is a known fact that the company was one of the last among the auto manufacturers in offering compatibility with Apple CarPlay. This had garnered widespread criticism for quite some time. Given this, Toyota recently introduced Apple Carplay for a number of its car models and has finally joined the bandwagon.

What are different models of cars manufactured by Toyota, to be released in 2020 which will have Apple CarPlay feature?

Toyota has lifted up its game and announced it intends to introduce cars having Apple CarPlay. This comes at a time when the competitor auto manufacturers were starting to get ahead, but once again, Toyota captured the stage. Toyota will essentially be releasing a number of its car models in 2020 with Apple CarPlay feature. Therefore the answer to what Toyota cars have Apple CarPlay installed are:

What Toyota cars have Apple CarPlay, which were released in 2019?

Toyota also manufactured and introduced several vehicles with the Apple CarPlay feature in 2019. These SUVs and trucks were the first few cars released by Toyota having the Apple CarPlay feature, which have been present in other companies’ and is an indicator that Toyota is planning to update its entire series and provide a whole new level of comfort and enjoyment for its customers and prospective drivers. Some of these cars which were released under Toyota’s brand name in the year 2019 with the much-anticipated feature of Apple CarPlay are,

Also, another important factor is that Apple CarPlay was presented as standard in every Toyota Avalon model released in 2019 and later as well. This enabled drivers to seamlessly connect their respective iPhones with the entertainment – infotainment system present in Toyota Avalon 2019 and get access to all the desired and favorite Apple apps as well as music. Another crucial perk is that not only an Apple CarPlay infotainment system is present, but the quality is terrific. One can swear on the fact that their music never sounded better. Toyota Avalon 2019 boasts of a JBL along with a Clari- Fi audio system and that too with several speakers, is beyond comprehension, totaling fourteen speakers.

The answer to what Toyota cars have Apple CarPlay are these phenomenal car models released by Toyota in its 2019 as well as 2020 series. Apple CarPlay is an incredible invention which has opened doors for several interesting and fun features for car owners. Toyota’s introduction of cars which are compatible with Apple CarPlay has opened new doors for its success and also for the new opportunity for its drivers to have a fun-filled driving experience like no other. While Apple CarPlay has recently been adopted by Toyota, its history dates back to 2014.

Toyota was the last of the auto manufacturers to offer compatibility with Android Auto and Apple CarPlay. In the beginning it abstained from introducing compatibility with Android Auto and Apple CarPlay alike. In the year 2015, Toyota’s national manager of advanced technology communications, John Hanson commented that they “preferred to use our in-house proprietary platforms for those kinds of functions,” as reported by The New York Times. According to Bloomberg, a representative of Toyota mentioned that they abstained from including the “…software due to safety and security reasons.” However, with the onset of 2019, Toyota drivers will be freely able to connect their iPhones with their cars through Apple CarPlay. Thus Toyota users have finally got the answer to the question of what Toyota cars have Apple CarPlay.

What exactly is Apple CarPlay?

Apple CarPlay is a revolutionary technology which was first introduced in the year 2014. It allows one to connect their respective smartphones, which is their Apple iPhone, with their car’s entertainment center. Apple CarPlay is an exceptional feature which allows the users to get access to make phone calls, send messages, receive navigation and directions and many more features. It specifically allows for connection with smartphones on vehicles which are new and are compatible with the system. The software also gives one the ability to project a directional map of their destination on their vehicle’s touchscreen along with giving voice commands for navigation. Most of the auto manufacturers have had this feature for several years. According to a Mr Hanley, the spokesperson of Apple CarPlay “We know that today’s customers want to be able to access their smartphone apps anywhere, anytime and these systems offer a safe and convenient means of doing that directly through the advanced in-vehicle multimedia system,”

How to set up the Apple CarPlay for Toyota cars?

Thus on following these simple steps one can easily connect their Apple iPhone with their respective Toyota cars by using Apple CarPlay and enjoy the never-ending fun and interesting things Toyota has to offer and finally answer the question of what Toyota cars have Apple CarPlay.

Toyota is an automotive manufacturer headquartered in Toyota, Japan. Toyota has a reputation of being the 6th largest company according to revenue as per 2018 reports. The company employed around 364,445 employees and is one of the greatest employers. Also, Toyota is the one and only automobile manufacturer to have produced 10 million and more vehicles every year since 2012. The Toyota Company was founded by Kiichiro Toyoda and was a spinoff from Toyota Industries, which was Kiichiro’s father’s automobile company. The 1st passenger car was created by the industry as Toyota AA in 1936.