How Much Do Electric Car Charging Stations Cost?

When drivers run out of gasoline or the car is reaching the end of the tank, drivers can typically find a gas station fairly easily. The price of gas also isn’t a huge mystery; gas stations post their prices on massive signs. Those who drive electric vehicles don’t always have the convenience of a charging station that is nearby, and the price of electricity at public stations isn’t always advertised. 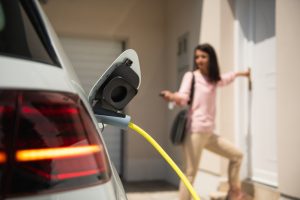 Owning an electric car doesn’t necessarily require the owner to install a charging station at home. Level 1 charging stations are included with a car purchase, and these chargers can be plugged into the standard 120 volt outlet.

Car owners can just plug a Level 1 charger into a wall outlet in the garage. While this could charge the car overnight sufficiently to commute, Consumer Reports explains that those who need more power to charge might opt to invest in a Level 2 charger.

However, installing a Level 2 charger is more of an endeavor for some homeowners. A Level 2 charging station requires a 240 volt circuit, and this means that homeowners will need to hire an electrician. Consumer Reports cited HomeAdvisor estimates that the electrical work by itself could cost about $2,000.

Level 2 chargers require installation, but they also can charge the car more efficiently and faster than a Level 1 charger. Kelley Blue Book (KBB) rounded up the best choices for EV chargers.

KBB explained that the price for a Level 2 charger (including installation) is about $2000. This does not include the price for upgrading the electrical outlet to a 240 volt—that would be an additional $2000. 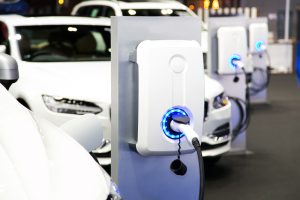 Some manufacturers offer a year or more of free charging via Electrify America. This can help drivers of electrical vehicles enjoy a bit of savings when they need to recharge the vehicle when they are away from home.

Eventually, though, free promotions or offers that were provided with the new car purchase will come to an end. Then drivers might be on the hook for their own electrical costs. While the price of electricity is a public utility for residential use, the volts needed to charge a vehicle at public stations are not priced at those same rates.

Public charging stations for electric vehicles can range in price. Unfortunately, drivers might not know the cost of a public charge until they are at the plug. While the average price of electricity in the U.S. is around $0.13 per kilowatt hour, public EV stations could charge nearly double that rate.

MotorBiscuit notes that as a member of Electrify America (for a fee of $4 per month), the price to charge at a station is $0.31 per kWh. Those who don’t have a membership are charged a much higher rate: $0.43 per kWh.

While there are more than 100,000 gas stations in the country, there are far fewer charging stations for electric vehicles. This lack of access could provide its own challenges for those who drive electric models.

When traveling on longer trips, car owners might need to plan their route according to the locations of public charging stations. Since the price of electricity can vary region to region, the cost to charge might be difficult for drivers to budget.

For those who want to worry less about how far they can drive before needing to stop for a recharge, choosing a vehicle with a long range could be crucial. Not all electric models offer batteries that can drive far on one full charge.

The longest-range electric vehicles include:

The Lucid Air Dream currently takes the top spot as the electrical vehicle with the longest range. However, the upcoming Tesla Roadster is expected to have an estimated range of 620 miles.

While Lucid, Tesla and Mercedes offer the longest-range models on the market, there are a few models that lack in range. These models feature the shortest range of all the electrical models. While they might be an energy-efficient option for those who only need to use their vehicle for short commutes or city errands, these might not be the best choices for those who need to drive a significant distance every day.

The electrical vehicles with the shortest range include:

The cars with the shortest range might need to be charged more frequently. While they could be fine for some basic commutes, car owners might be sure to plug them in nightly to ensure that the battery remains charged. 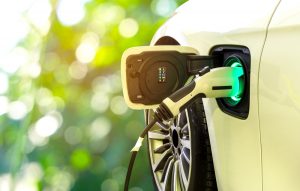 Should Electric Car Owners Invest in a Level 2 Charger?

When car buyers purchase their electric vehicle, they will receive a Level 1 charger that can be plugged into the wall of a garage. This charger is really just a cord, and, while it isn’t anything fancy, the Level 1 charger is capable of charging the car overnight.

However, car owners who want to charge their car faster might decide to install a Level 2 charger. This upgraded option is an additional cost for the car owner. If the home isn’t equipped with a 240 volt circuit, car owners will need to hire an electrician. When electrical work is needed prior to installation, the Level 2 charger could cost about $4,000.

Electric cars are becoming the new standard for manufacturers, though. As buyers start to pivot to electric models, public charging stations will likely be in demand and, in turn, will become more prolific. In the meantime, though, electric car owners may continue to plan out their trips around public stations to ensure that their car’s battery doesn’t leave them drained and stranded and without a plug.