Home/Blog/Car News/Which Acura is Based on The Accord, The History of Acura Using Honda Platforms… 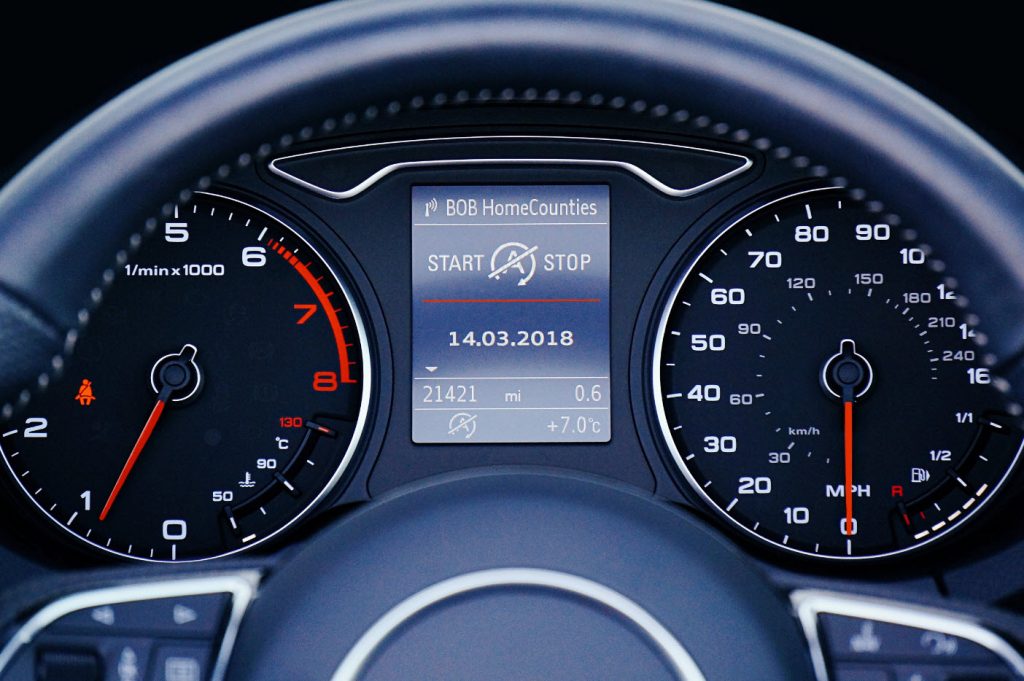 Which Acura is Based on The Accord, The History of Acura Using Honda Platforms…

Acura is a Japanese automaker Honda’s luxury car brand. The brand was introduced on March 27, 1986 in Canada and the United States, advertising luxury, high-performance and quality vehicles. It was launched in Mexico in 2004, Hong Kong in 1991, Russia in 2014 (not accessible in Russia anymore), China in 2006 and Kuwait in 2015, and is also marketed in Ukraine. The plan of Honda to introduce Acura in 2008 in the domestic market of Japan was also delayed because of various economic reasons and was later withheld due to the financial crisis of 2007-2008.

Acura has the distinction of being the first Japanese luxury brand. Acura’s development coincided with the advent of a JDM Honda dealership marketing channel called Honda Clio that marketed luxury vehicles, joining earlier established Honda Verno, followed the following year by Honda Primo. Acura was also among one of the best-selling luxury brands in the United stated in its initial years of existence. Even when the sales were very less in mid-to-late 1990s, a revival was also experienced by the brand in the early 2000s because of the introduction of the various new models and drastic redesigns as well.

The Legend coupé of 1993 featured Honda’s first use of a manual six-speed transmission, matched to a Type II engine. A Type R version of its compact Integra coupé was produced by Acura in the early 1990s, featuring a stiffer, lower curb weight, and lower suspension, and a VTEC engine with high output.

New models were introduced by Acura in the early 2000s which included the all-original SUV of the company, the MDX and also the two models which replaced the sedan and Integra coupe, the TSX and RDX respectively. During that decade, there was addition in the brand’s line-up with the Type S versions of the CL, RDX and TL. The 2005 RL flagship of Acura launched SH-AWD, a system for all-wheel drive torque-vectoring. A crossover SUV, the 2007 RDX featured a turbocharged Honda engine’s first North American use. Acura introduced more models in the 2010s, including the TLX, RLX and ILX, which introduced the Jewel Eye LED headlights from Acura. In 2016, a second-generation NSX was introduced with a twin-turbocharged mid-engine, Sport Hybrid SH-AWD and a dual-clutch nine-speed transmission.

The brand Acura was introduced when the Japanese rivals Toyota and Nissan developed their luxury brands Lexus and Infiniti respectively. Even the Voluntary Export Restraints were imposed by the Japanese government for the United States market, so that it could become easier and more profitable for the automakers of Japan for exporting expensive cars to the United States. 60 new dealerships were opened by Honda in the North America till 1986 for supporting Acura automobile division. It was Acura which was the first Japanese luxury brand which was introduced under the slogan ‘Acura Precision crafted Automobile’. In the new offerings, there were two models: the compact class Integra and the executive class Legend which is available as three door and five door hatchback. The Legend was the outcome of Project XX, a joint venture between Honda and Austin Rover Group of the United Kingdom. It was mechanically linked to the Rover 800 series, while Honda Quint hatchback’s Integra was an enhancement.

First generation Acura Integra in 1987, the first complete year of Acura’s sales, they sold 109,000 vehicles with 55,000 sales in the flagship Legend sedan and the remainder was of the lower Integra.

NSX was introduced by Acura in 1990 which was a mid-ship V6 powered sports car after five years of the debut of Integra and the legend. With the launch of the NSX, Acura launched the “A-badge,” a stylized pair of calipers, a tool which was used for the measurements to indicate that Acura cars are constructed to accurate and demanding standards. The Honda NSX marked as an Acura in certain areas despite a powerful beginning in market recognition for the Acura brand, sales were down and diminished in the mid-to-late 1990s.

Honda launched in 1990 the Honda Inspire which was a mid-size sedan from the Honda Accord chassis. The first Inspire made its debut as the Accord Inspire in 1990, a Honda Vigor sister nameplate, but marketed at various retail channels in Japan, known as the Saber/Vigor Honda Clio’s and Honda Verno Inspire shops.

The Parent Company Honda – Because of the Japanese asset price bubble which had taken place during the 1990s and in 2000s, the parent company, Honda, also felt the outcomes of the Japanese economy’s decrease. This period is known as The Lost Decade in Japan. The NSX also lost revenues during this moment as Acura made few adjustments from its initial trim in 1990. The Integra sedan was removed from the Canadian market a year later, replaced by the exclusive market-based Acura 1.6 EL, a rebadged Honda Domani/ Civic. The Integra sedan was still marketed in the U.S. until 2001.

In the 1990s, Acura achieved prominence with a youthful group of clients despite these let-downs: “tuner” enthusiasts. Honda’s reputation as a “rev-happy” and “easy-to-tune” engine manufacturer with this demographic rubbed off on Acura and the Integra became a famous tuner car.

In the beginning of the year 2000, Acura encountered a rebirth that was catalyzed by various redesigned models being introduced. The first of these designs was an upscale sedan, the 1999 Acura 3.2 TL. Critics proposed that while 3.2 TL did not outdo its competition in any one luxury car region, it provided a well-rounded combination of sport and luxury.

For the 2007 model year, the TL Type-S was re-introduced by Acura. It was with 2009 which marked the new TSX and TL models and the mid-year model update for the RL; all 3 made their debut in the 2008 calendar year. As well as announcing the creation of a brand-new luxury crossover car called the ZDX, Acura planned to redesign the RL by 2011, predicted by the same name concept.

Acura initially planned to be a rear wheel drive V8 sedan for its flagship for the RL third generation, but shelved the plans following the economic downturn of 2008. At the 2010 New York Auto Show, Acura announced a new TSX car and went on sale in the fall of 2010. The TSX wagon version is based on the Euro-spec Honda Agreement wagon variant on the European market.

Marketed as the Acura NSX in China and North America, the Honda NSX (second generation) is an all-wheel drive, 2-seater, mid-engine hybrid sports vehicle developed and produced in the United States by Honda. It succeeds the initial NSX generated between 1990 and 2005 in Japan.

Automobile magazine reported in April 2011 that Honda was developing a fresh sports car to be a successor to the initial NSX. The magazine revealed that the vehicle was going to be exciting in driving but also environmentally friendly. The car was anticipated to integrate an electric drivetrain to increase the power to the petrol engine. The new idea maintained an all-wheel drive, 2-door coupe, mid-engine layout. Using a high-tech platform made of lightweight materials allowed low weight. Power came from a mounted 3.5 L V6 engine behind the cockpit, sending energy to the back wheels. In a dual-clutch transmission, Acura’s SH-AWD includes one electric motor to increase the thermal engine.

Difference between Acura and Honda

A lot of people think that Honda and Acura are the same companies but that is partly true Acura is a Honda subsidiary, though one with a lot of sway.

While Honda’s history demonstrates an automaker offering a broad variety of daily cars, Acura has been used to break into the luxury car market. Indeed, Acura has been instrumental in converting Japanese cars low pitch to premium from the focus on economy.

Why you should choose Acura?

Acura cars often share some features and platforms with Honda models, but high-end techniques and generous creature comforts are frequently found. If you also look at Audi or Lexus designs, you may feel like an Acura is the correct choice. It is also a nice location to find sporty SUVs and sedans in Acura showrooms.

Why you should choose Honda?

The Honda cars are well known for their efficiency, reliability and ratings for the high safety. Even the US news states that “Honda’s vehicles tend to be close to the top of the list in their vehicle rankings.” If you’re also looking at designs from suppliers such as Toyota and Mazda, you’re likely on the Honda market. While there’s some overlap between Acura and Honda offers, Honda will be a better option if you’re searching for a mid-size car, tiny vehicle, mid-size SUV and tiny SUV. With the comfortable interior, spacious and with an easy to drive disposition, it was NSX which was the mid-engine exotic car.

NSX was also the first manufacturing vehicle to be constructed on a monocoque all-aluminum chassis. In other words, even the body boards of aluminum were component of the framework of the supercar. The NSX also introduced Variable Valve Timing and Lift Electronic Control (VTEC), a pioneering bit of engine tech which has become a fixture in the line-up of Acura and Honda – as well as a popular meme/catchphrase online. The NSX ultimately made the supercar more accessible to the mid-engine. Acura’s halo car was priced below the comparable Ferrari 348 at $60,000 over $40,000. More comfort and “reliability” were also offered at the time — a concept that was foreign to Ferrari.

A brief history of Acura NSX
Honda started the research on, rear-drive power train and a mid-engine in January 1984, after significant achievement with, front-wheel-drive platforms and front-engine which would eventually make its way into a mid-engine sports car intended to celebrate the return of the company to Formula 1 racing.    Honda engineers used their research the next month to construct the powertrain and plug it into a first-generation Honda City economy car.

How NSX actually got its name?

Acura’s supercar fans can tell you that NSX stands at least for “New Sports Experimental” —- for the original version of the production. But its letters were more indicative of mathematics before the car lost its hyphen.

Despite the original intention of the production car to obtain a distinct name, the rabid reaction from prospective buyers and fans made the name stick of three letters. Unfortunately, it was nixed ahead of the manufacturing debut of the car for the hyphen.

Compared to the initial vehicle, the 2019 Acura NSX (now known as “New Sports experience”) is a very distinct animal. First, there is much more grunt with 476 pound-feet torque and 573 horsepower originating from a 3.5-liter longitudinally mounted V6 with three electric motors (one at the back and two at the front axle) and two turbos.  A dual-clutch transmission, nine-speed manages that energy. All this is enough to get the vehicle in three seconds to 60 miles per hour on the manner to a 191-mph claimed top velocity — 23 mph more than the initial NSX.

The 21-mile fuel economy of the new car in the town and 22 mpg highway is not bad given it’s a hybrid, and it’s an enhancement over the 16/22 city / highway mpg of the initial car. Trunk space for the present NSX has dropped from 5 cubic feet of the initial car to 4.4.  A Bose cassette FM/AM stereo, and a six-disk MP3 CD changer were the most technologically sophisticated initial NSX of 2005. With, Apple CarPlay, a 7-inch touch screen, HD radio, Android Auto, and a premium nine-speaker ELS Studio audio system, the new NSX, as you might think, provides an important step up.

The true test of that argument will occur when you can see if the second-hand values of the reborn NSX hold up as well as the first-generation model over the long term, the best examples of which can command prices close to $90,000. 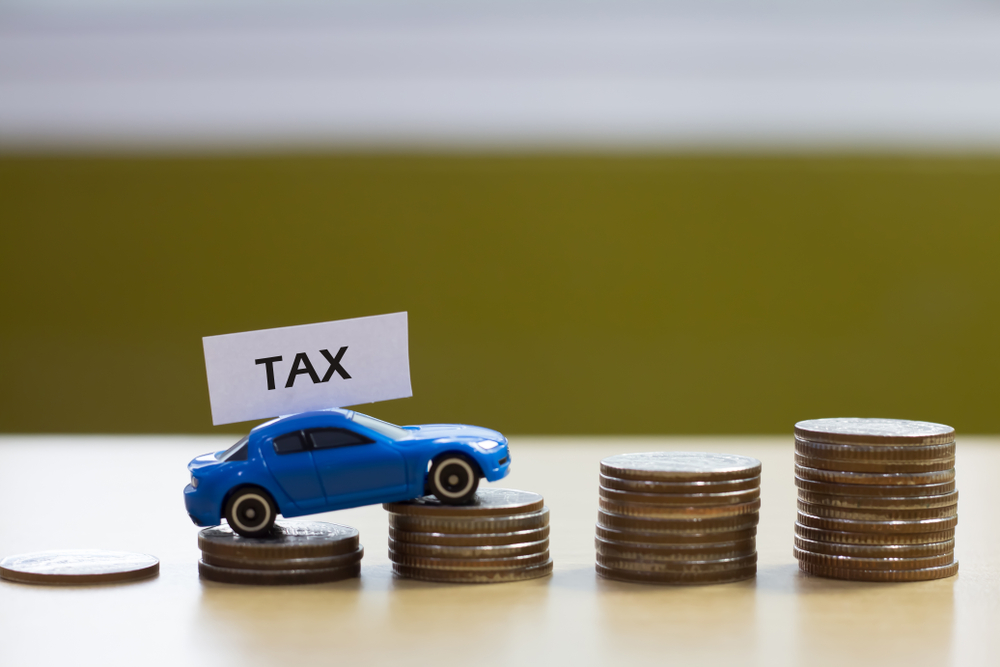 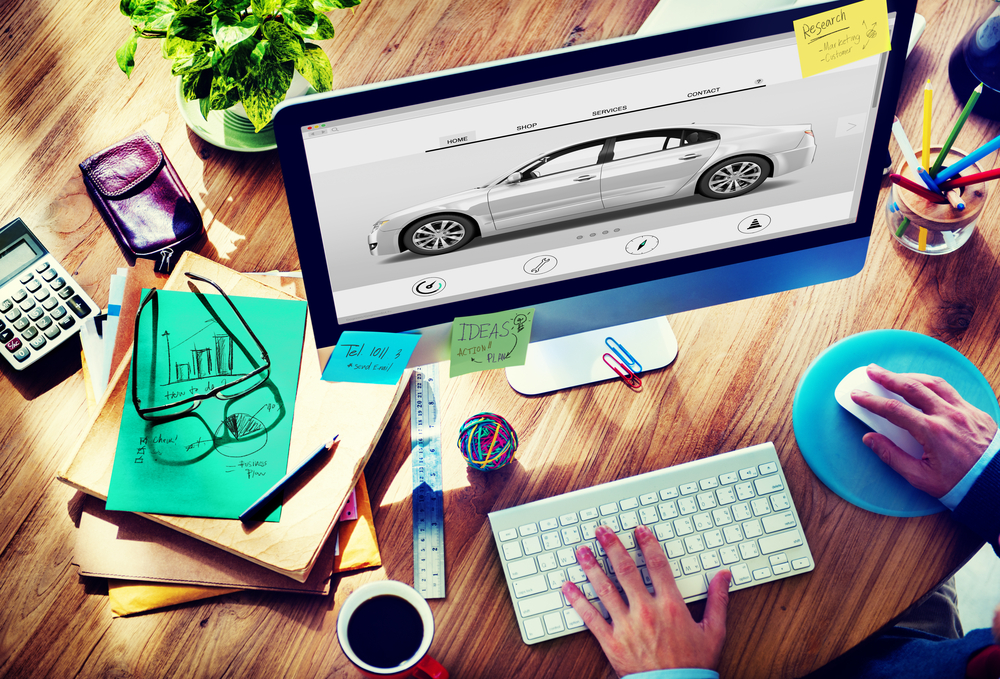