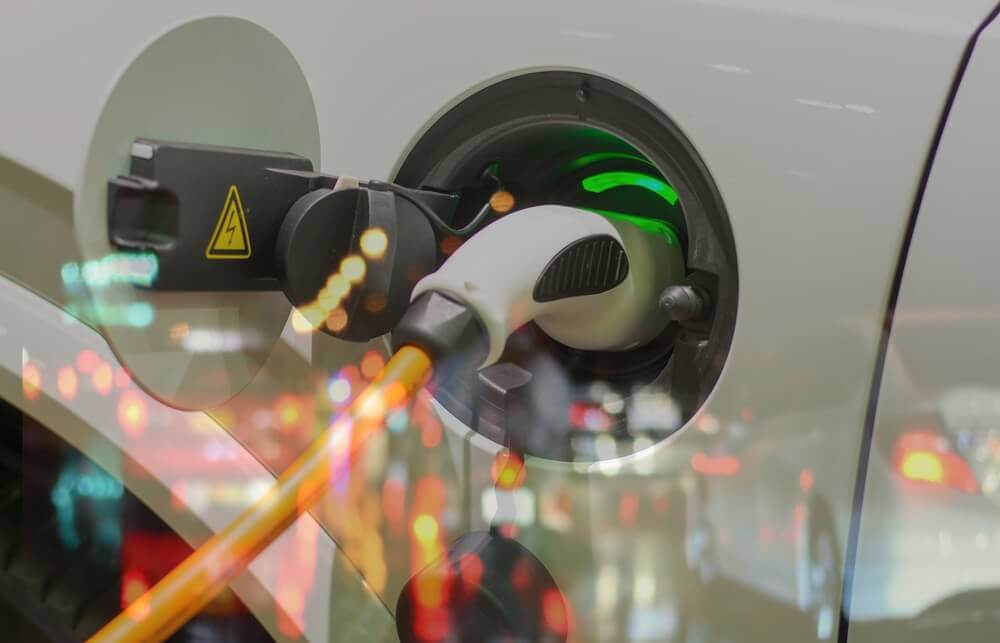 Are Electric Cars Better for the Environment?

Some automobile brands are focusing on electric vehicles as their future. Consumers might be eying these options, too, when they are searching for a new car. Electric vehicles are appealing to car buyers who want to be less reliant on fossil fuels and save money in the process.

For buyers who want to ditch the pump in favor of the plug, here’s what to know about the environmental footprint of electric vehicles. 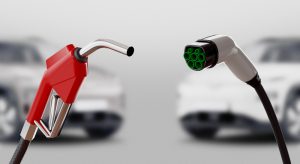 The Electric Engine vs. the Fuel-Injected Engine

When comparing electric vehicles to standard vehicles, buyers need to understand the difference between how these cars are powered. While a standard vehicle relies on a fuel-injected engine as its source of power, the electric car uses a battery-powered engine.

This difference is important for many reasons. A fuel-injected engine requires fossil fuel to operate. Fossil fuels release harmful emissions into the environment, and, for this reason, in the 1970s, these cars were required to be equipped with catalytic converters.

A catalytic converter helps minimize the amount of harmful emissions that the fuel-injected engine releases into the air. However, this new auto part didn’t completely negate the engine’s environmental impact. Many modern vehicles are often required to pass an emissions test/inspection in order to qualify for registration renewal (denoted by a dated sticker affixed to the license plates).

As an electric vehicle’s engine doesn’t require fossil fuel as its source of energy, the vehicle doesn’t require a catalytic converter. These vehicles don’t even have a tailpipe for emissions because battery powered engines don’t release emissions into the environment.

Electric engines are cleaner and greener for the air, but are electric vehicles better for the environment? The answer is more complicated than a simple yes or no.

Does an Electric Car Leave No Trace?

The ‘leave no trace’ ideal is that an individual doesn’t leave behind evidence of its existence. There is no environmental harm left behind.

While the ‘leave no trace’ ethos is applicable to humans who never leave waste behind while in nature and also don’t disturb the natural environment, the same really can’t be said for any type of vehicle. Electric vehicles, while a cleaner option, still leave an impact on the environment.

Building an electric car and all its components (including the battery) still requires labor, machines and, therefore, these vehicles still indent a carbon footprint. While an electric engine might not pollute through emissions, it’s still important for buyers to consider and understand how their batteries are disposed of and what energy is consumed in building the vehicles, too.

Unfortunately, electric batteries that are used to power these vehicles cannot always be recycled. This is problematic because electric vehicles are now becoming more common. With manufacturers switching their standard engines for electric, battery disposal could become more of an environmental issue.

However, Renault does offer a recycling program for its electric batteries, and Nissan and Volkswagen recycle old EV batteries to use in automated factory vehicles (those that deliver parts in the factories).

As these vehicles begin to dominate the industry, manufacturers may focus on battery recycling programs to minimize the waste issue. 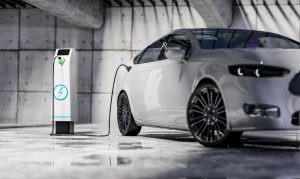 The Positive Charge of Electric

While electric vehicles still might leave a carbon footprint behind, these vehicles don’t release the same type of emissions as the fuel-injected engine. Car owners who want to live greener might consider the electric vehicle the best choice for their lifestyle.

There are other benefits to electric engines that make them the preference for many drivers, too. Since these vehicles don’t use standard fuel, car owners don’t spend nearly as much money on the cost to drive them.

Electric vehicles also don’t require oil changes. Their engines don’t need the lubricant of motor oil, and buyers can scratch this cost off their maintenance list. Electric car owners also don’t have to worry about any low oil warnings.

The Downside of Electric

Electric vehicles don’t contaminate the environment with emissions, and they are much more energy-efficient than standard engines. However, these vehicles do have their downsides.

If the vehicle’s battery pack needs to be replaced, this could represent a huge cost to the car owner. Unfortunately, battery pack replacements are one of the more expensive issues that affect electric car owners. Thankfully, many models feature long-lasting batteries.

The major downside that some drivers might face with electric car ownership is the inconvenience of recharging. Electric cars are extremely popular in certain cities, and these areas might have many charging stations.

Some charging stations also could be more expensive. Owners might simply need to recharge at home to ensure that their ride doesn’t run out of energy in the middle of a drive.

Not all electric vehicles offer long ranges. While newer models might feature extensive ranges (maybe more than 500 miles), some electric models only drive a few hundred miles. This could be a problem for those taking road trips. Again, not all areas are equipped with charging stations.

In areas where electric vehicles are popular, there could be a selection of less expensive used models. However, this isn’t the case across the country.

Use Carzing to Find the Best Electric Vehicle

Car buyers who want to find the best electric car for their budget or lifestyle can use Carzing to simplify their search. With Carzing’s easy search query tool, buyers can find cars based on body type, price or make/model.

For buyers looking for the least expensive electric vehicles, start the search by specifying the price range. Once the results are shown, buyers can then use the search tool to the left of their results to specify fuel type as well as other criteria for their vehicle.

Print out the financing details and take it to a participating dealership. With Carzing, buyers can simplify their car search and research their financing options, too. This allows buyers to visit the dealership knowing the exact car they want and how they wish to finance their purchase.

At the dealership, buyers can focus on the final details of the deal. Fill out the credit application, take a test drive, and, hopefully, drive off the lot in an energy-efficient electric vehicle.

Diesel v. Gas Trucks: Here are the Benefits of Each Engine
Car Reviews

Diesel v. Gas Trucks: Here are the Benefits of Each Engine