Home/Blog/Car Reviews/Are Honda S2000s Reliable And What Honda S2000 Is The Best? 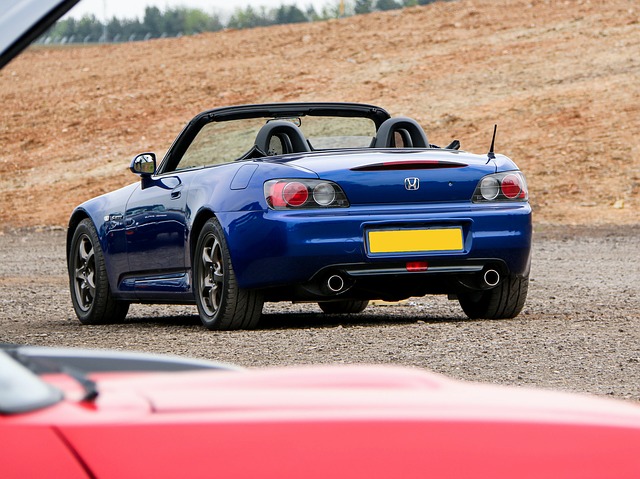 One of the best Honda cars produced is the S2000, it is a 2 door open-topped sports car which was manufactured in 1999 and the production ended by the end of 2009. This ride was produced in two versions AP1 and AP2. This is a front-drive unit with its engine in the front. The name was derived from its engine capacity of 2000 cc .it is a naturally aspirated engine car with a record of about two horsepower per cubic inch. The first concept version of the car was introduced in 1995. It took only 4 years for the vehicle to start production. The Honda S2000 was one of the best vehicles produced during the time and was the leader in its own class. The vehicle had a 50:50 weight ratio making it the perfect track car for all. It was produced in two types, a convertible or a hard top type. Both models were the definition of reliability and still are.

The Honda S2000 is a high revving engine and only achieves the maximum power at about 8800-9000 rpm range. The s2000 is one of the lightest cars weighing about 2000kg while other sports cars of its age weigh more than 2800kg. The entire lineup has disk brakes with ventilation for the front tires and with solid non-ventilated disk brakes for the rear wheels.

The reliability of the Honda S2000 is in a class of its own, it has the best reliability despite being classified as a race car, and it is capable of driving 300,000+ miles in its lifetime with minimum maintenances, the only maintenance it needs regularly is the oil change every 6000 miles. There have been many s2000 still running with 350,000+ miles. There are some maintenance items that the car needs at around 170,000+ miles including clutch, brake disks, transmission, and suspension. There are some rust issues if the car is not maintained and cared for properly. This is also one of the best track cars as it has the ability to run multiple laps at maximum rpm and without any heating issues.

Here’s Why Everyone Loves Honda S2000

The car is best in its class and is track capable in its standard stock configuration; the vehicle is able to run more than 180+ days on the track and even without any testing or analysis. It is also easy and cheap for major modifications and also less time-consuming. Some people have even reliability tested the car and found out that it is much cheaper than any of the traditionally available cars.

Here are a few things to note when one is considering buying a Honda 2000:

The Cars are Easier to Ride

The cars produced during the early 2000s are the softest piece of machinery. They are the best before the manufacturers learned to cut costs and increase their profit margins. They also have metal bodies which are perfect for the cars, as they increase the handling due to symmetrical weight distribution. The cars are also equipped with the best engines and transmission and have the best power to weight ratio. The Honda s2000 has the best power to weight ratio of about 1.3 and is the undefeated king in this ratio. It is also the cheapest and most reliable sports car ever manufactured and also has the best efficiency in its class.

The s2000 requires regular basic checkups to reduce the maintenance cost, the more carefully we inspect the vehicle, we get more reliability and also improved efficiency from the car. This also reduces the chances of rust in the undercarriage of the car. The instrument clusters are completely reliable and show the right time for oil changes and maintenances. The car usually requires oil checkups for every 6000 miles or after every six months. The s2000 is also very fuel-efficient and can be used as a daily drive/transport for all the people.

The car has low torque at normal driving rpm, this means that the engine is a high rpm engine and the majority of its torque is only generated at very high rpm near to its cutoff limits, this makes the car very smooth to be used as a daily drive and reduces the risks of accidents due to misstepping on accelerators. This also gives the engine better life as there is no need to have the power at a majority of its life except on track days. The gear ratio of the s2000 is perfect for daily driving and also for the track; the designers have found the perfect gear ratio for the car – quick at the lower rpm’s and in speeding, ludicrous at its high rpm levels.

Keeping out the rust can be difficult.

Rust is always a problem for all the major cars, the Honda s2000 found a unique way to make the visible side of the body rust free, this means that even if the car looks entirely rust free for the eyes it is always recommended to undertake further inspections to help retain the value. The rust always starts forming down at the undercarriage of the car and destroys that part first. Then it continues for the rest of the body.  If you can keep the undercarriage safe from rust it will mean that the entire car is rust-free.

The club racer model of the car is the best car in its entire life. This was a US special model and only 699 of them were ever built. It is more expensive than the regular model and is worth the extras. It is the legacy of the Honda Company and also received many upgrades including front splitters and massive rear wings which reduced the lift of the car by more than 70 percent. They also received specialized suspensions and quicker steering systems to compliment the reduced lift.

This car is on its way to be included in the collectors’ selection despite being so young. This has increased its value so rapidly that the vehicles have increased more than 2000 Euros despite being daily driven for the owners who are putting up to 35,000 miles on it per year. Also, the more stock items you have, the higher the value can increase for your ride. A few years ago these cars were less than 8 grants each and now some of the less driven ones have seen their values cross 15 grants.  They are now projected to reach six-digit price tags within a few years’ spans. If you own one it is recommended that you take care of it and don’t sell it until it reaches the six-digit tag which could be profitable for you in the long run.

The alternative to the S2000 is the first-generation Porsche Boxster’s and BMW Z4s. These cars have the name for not matching up to the reliability of the s2000s. These cars are very difficult to drive if you are a bit aggressive as the torque can kick in easily and disturb the driving experience of the entire car. They are also specialized for track use and happen to be road legal by the time they finished. This also makes those cars more expensive compared to the s2000. They are also difficult and expensive to maintain as they are specialized for track use and require specialized people to maintain them.  Also, these alternatives are not as efficient as an s2000 and are often fuel-hungry as they are powered by 3.0+liter engines while the s2000 is powered by a 2.2l engine.

The Honda S2000 is nowadays compared to the Tesla effect.  People are calling them the Tesla effect which is so named because if a person test drives a Tesla no matter what he says his favorite car is, he will move to the electric car maker. This same thing has happened with the s2000 as the s2000 requires a very specific skill and kind of driving type. Once you get the love and passion for the s2000 it becomes very difficult to move away from your love of the car. After the s2000 experience, one tends to drive the car just like they used to drive the s2000 and often pushes the car beyond the red lines which can lead to an engine blow out in the other cars. This also means that it takes no time and effort to get used to an s2000 but to change from the habit of driving the s2000 to the others can take a lot of time and effort and sometimes even after years one cannot go back to others.

These cars are very fast when they reach their optimum high rpm. This means that this can give many race cars of its time a run for their money as this is slower at the start and catches them by the time the drivers shift to second gear. These cars are heavy runners and are rarely appreciated by people due to their high rpm required for their maximum power.

If you are looking to buy an s2000 now you are going to need a minimum of 6000 euro and a maximum of 15000 euro for a less distance traveled s2000. The prices of these vehicles are predicted to project to a very high amount of more than 25000 Euros for the common ones and up to 150 thousand for the less traveled ones. 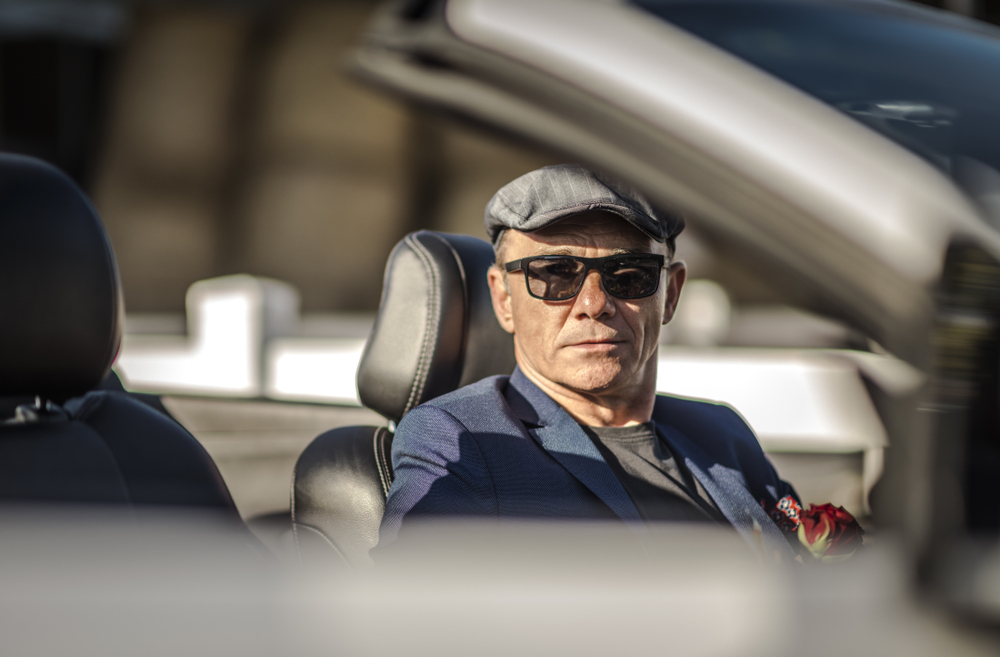 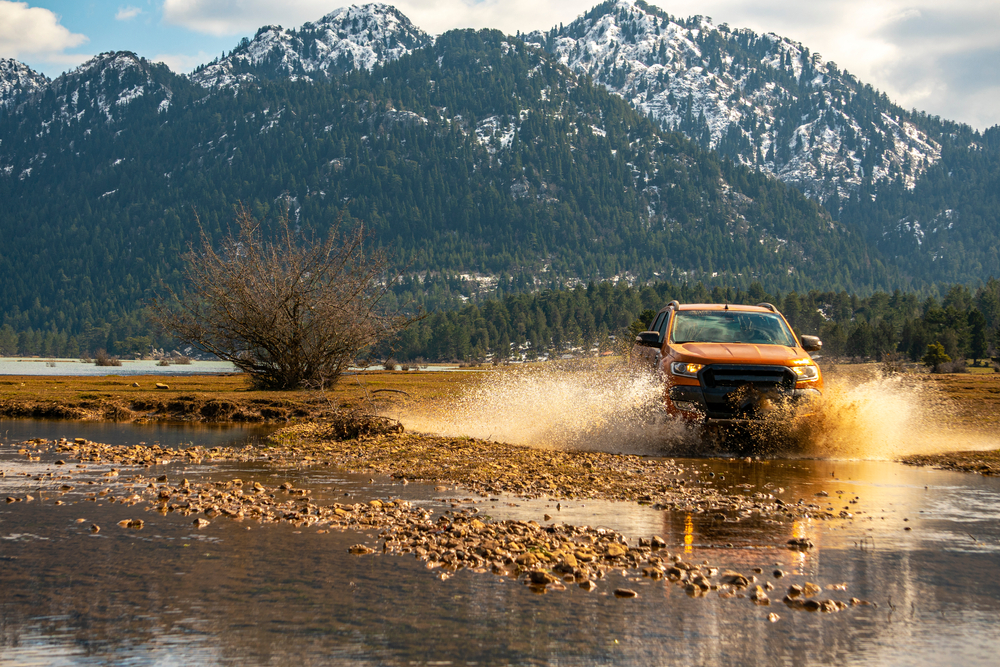 The Best Off-Road Vehicles for 2023