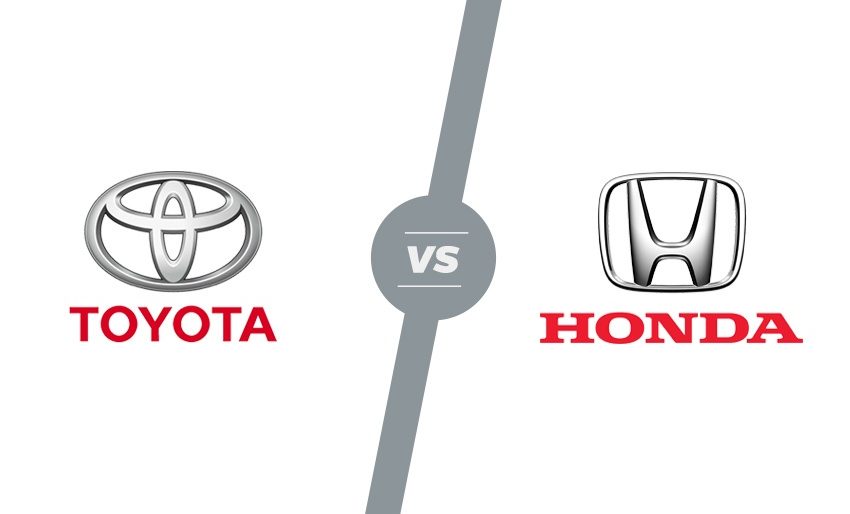 Honda and Toyota are both popular brands that offer buyers budget-friendly vehicles and more expensive options, too. Both companies have a luxury brand; Toyota offers Lexus and Honda offers Acura.

When comparing Toyota vs. Honda reliability, which brand reigns for reliability? Is one brand superior to the other? The brands will be compared in multiple categories, including:

The Top-Selling Models for Each Brand

To find the best brand, the most popular models for each brand will be analyzed. Car and Driver ranked the 25 best-selling vehicles for 2021, and models from both Toyota and Honda made the list.

Only four of Honda’s models made the list of 25 best-selling vehicles. To simplify the comparison, Toyota’s pickup truck (the Tacoma) will be dropped from the comparison. The match-ups will be:

The Battle of the Small SUV: RAV4 vs. CR-V

The battle between the small SUVs pits the RAV4 against the CR-V. Which one is the most affordable, the most fuel efficient, the most dependable and the safest. 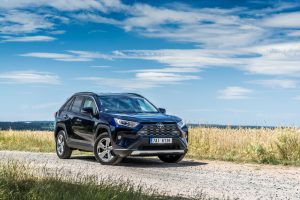 While cost isn’t indicative of dependability, it’s still a factor for many buyers. The RAV4 has a base trim MSRP of $26,525. Since it’s a small SUV, the Toyota RAV4 offers decent fuel efficiency. It can get 27 MPG in the city and 35 MPG on the highway and offers a combined 30 MPG.

Every year, J.D. Power rounds up the most dependable vehicles. Models are rated after three years, and the most dependable vehicles for 2021 were actually 2018 models. How did the RAV4 score? The RAV4 took the second-place spot behind the 2018 Buick Envision for compact SUVs. The RAV4 received an 83 for its overall rating, and it scored an 88 for Quality/Reliability. When assessed for Resale Value, it received an 84. However, it scored a 76 for Driving Experience. 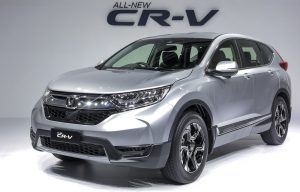 The CR-V is only slightly more affordable than the RAV4. It has a base price of $26,400. It offers comparable fuel efficiency as the RAV4; it can get 28 MPG in the city and 35 MPG on the highway.

The CR-V received a Top Safety Pick rating (with certain headlights) from IIHS.

The Winner: The CR-V gets the win for its safety.

The Battle of the Midsize SUVs: Toyota Highlander vs. Honda Pilot

Both the Pilot and the Highlander are midsize SUVs that offer a third row of seating. They also are one of the best-selling models for their respective brands. Which model is the best? 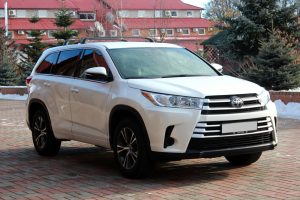 The Highlander has a base price of $35,405. It offers decent fuel efficiency for a larger SUV and can get 21 MPG in the city and 29 MPG on the highway. 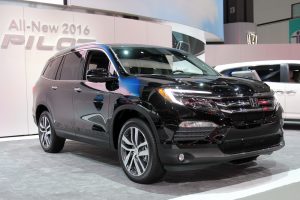 With a base price of $37,580, the Pilot is nearly $2,000 more expensive than the Highlander. It also is slightly less fuel efficient—getting 20 MPG in the city and 27 MPG on the highway.

The Honda Pilot came in third place for dependability. The Pilot received an overall score of 82 and also scored an 82 for Quality and Reliability. For Driving Experience, the Pilot scored a 78 (the same as the Highlander), and it received an 87 for Resale Value.

The Winner: The Highlander (for safety)

The Battle of the Compact Cars: Toyota Corolla vs. Honda Civic

Compact cars are easy to maneuver and park. They also are budget-friendly for the cash-strapped buyer. Both the Corolla and the Civic are incredibly popular models that are beloved by buyers. What compact car reigns supreme, though? 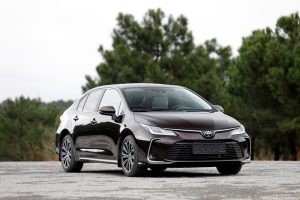 The Toyota Corolla is priced for the budget buyer. With a base price of $20,175, it is one of the more affordable small sedans on the market. The Corolla also is incredibly fuel efficient and can get 31 MPG in the city and 40 MPG on the highway. This small car might be ideal for commuters.

How does the 2018 Corolla rank for dependability? Among compact cars, the Corolla placed fourth. It received an overall score of 84 and received a score of 86 for Quality/Reliability. For Driving Experience, it was given an 87. However, it only received an 81 for Resale Value.

The 2022 Toyota Corolla is rated as an incredibly safe model. Models built after November 2021 received a Top Safety Pick+ rating from IIHS. 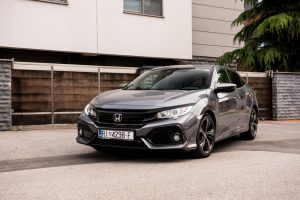 The Honda Civic also is incredibly budget-friendly with a base price of $22,350, but it is more expensive than the Corolla. The Civic matches the Corolla’s fuel efficiency stats, however.

The 2022 Honda Civic also received a Top Safety Pick+ rating from the IIHS.

The Battle of the Midsize Sedans: Toyota Camry vs. Honda Accord

The Toyota Camry was the sixth best-selling car in 2021, while the Honda Accord ranked as the 16th most popular vehicle. Is popularity indicative of reliability? Will the Camry dominate the Accord? 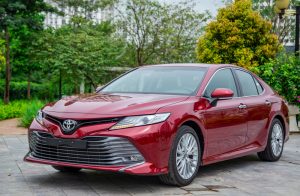 As one of the most popular cars in America, the Camry combines affordability, size and fuel efficiency. The midsize sedan has a base price of $25,395, and it can get 28 MPG in the city and 39 MPG on the highway.

How dependable is the Camry? The 2018 Camry ranked fourth among midsize cars. It received an overall score of 83 and a Quality/Reliability score of 85. It also received an 85 for Resale Value, but it only received an 82 for Driving Experience.

The 2022 Toyota Camry was given a Top Safety Pick+ rating from IIHS. 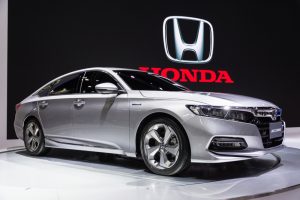 The Honda Accord ranks as the 16th most popular vehicle for 2021, and, like the Camry, it is fairly easy on the finances. It is a bit more expensive than the Camry with a base price of $26,120. The Accord also gets slightly fewer miles per gallon—30 MPG in the city and 38 MPG on the highway.

Unfortunately, the Accord came in dead last for dependability. It received an overall score of 82. However, it received the best score for Driving Experience—a 90. For Quality/Reliability (which seems to hold the most weight), it only received a 76. The Accord scored an 84 for Resale Value.

Like the Camry, the Honda Accord received a Top Safety Pick+ rating from IIHS.

Toyota vs. Honda Reliability: Is There a Clear Winner?

When the most popular models for Honda and Toyota are compared in relation to reliability, Toyota seems to be the clear winner. Toyota models all ranked about Honda in the J.D. Power dependability awards.

In addition, Toyota models tended to be slightly less expensive than Honda. For safety, the Honda CR-V received a better rating from IIHS than the RAV4.

While Toyota seems to have a slight dominance, both brands make safe and affordable vehicles. Buyers might need to decide which brand they prefer.

What are the Best Cars to Modify?
Car Reviews

What are the Best Cars to Modify?