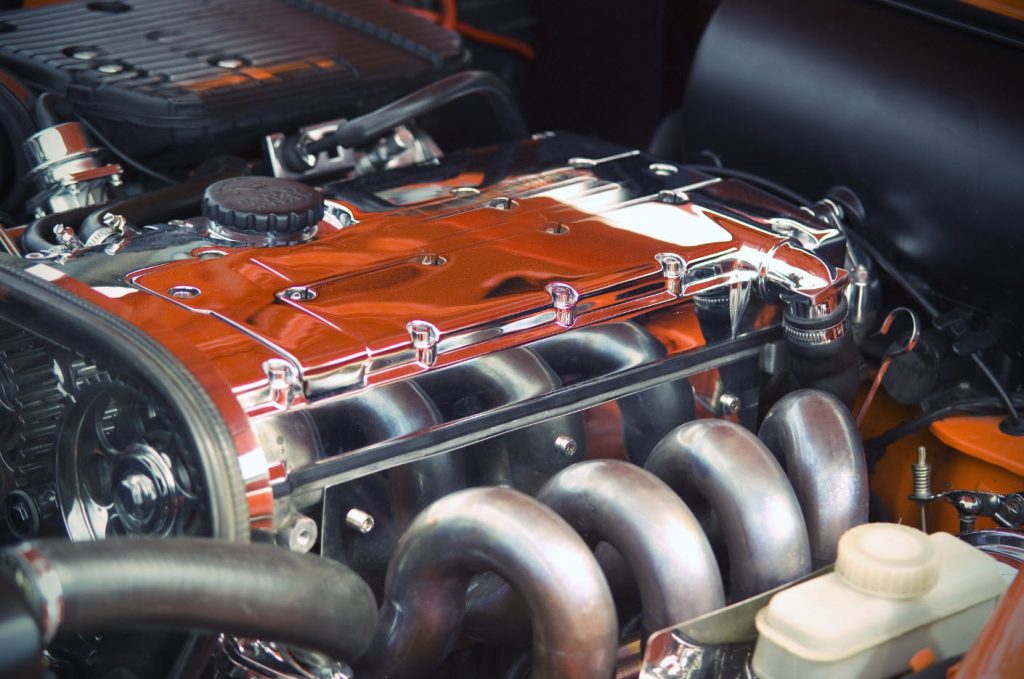 Honda developed an engine system called Variable Valve Timing and Lift Electronic Control, commonly called as VTEC. This engine is being used for higher performance at a high rate of RPM and lower fuel consumption at a lower rate of RPM.  This VTEC engine also increases the overall volumetric efficiency of an internal combustion engine which is four strokes. The VTEC engines are different from usual Variable Valve Timing (VVT) systems which do not change the valve lift by only changing the valve timings. Many people and automobile enthusiasts have questions like what Honda engines are VTEC. There are many engines which are manufactured as VTEC by the Honda brand which are listed as follows.

What Honda engines are VTEC?

The VTEC engines make the intake and exhaust valves change profile resulting in an engine producing a high output with high RPM. When only intake valves change the profile, then there are many applications which are used for practical purposes. If a single intake valve closes, then the engine can provide ultra-low fuel consumption.

In 1989, it was introduced as Dual Overhead Camshaft, which is called as DOHC in Honda Integra XSi which used the B16A engine. In the same year, VTEC engines were used in the Honda Civic and Honda CRX with B16A1 variant. Acura NSX was the first model that arrived with VTEC engines in the United States. Then DOHC VTEC Engines were used widely in different vehicles worldwide. Various varieties of VTEC are offered like i-VTEC and i-VTEC Hybrid.

Honda also installed the VTEC system in Single Overhead Camshaft, SOHC engines like J-series and D-Series. It shared the same camshaft for both exhaust and intake valves. Honda VTEC on SOHC works only on intake valves because spark plugs are located between the exhaust rocker arms. Usually, VTEC requires a rocker arm and camshaft for each intake and exhaust. The camshaft which has the center lobe is not used by intake and exhaust and hence it leaves VTEC to the side.

A modification was made to the existing VTEC Engines so that it could increase the efficiency of combustion at low RPM. This was the first step to introduce roller arms which eliminated the use of three intake lobes to actuate two valves. Instead of this, there were two separate intake cam profiles for a cylinder. This ensures that the VTEC does not engage when the RPM is lower. The normal cam lobe in VTEC has the same timing as SOHC, and hence the performance is the same in both the cases. The difference that the VTEC E engines brought was the replacement of more powerful cams. This increased the speed and torque benefits of the engine.

The performance is similar to the VTEC, except that three different cam profiles are used so that the lift and intake valve timing work together. It is a combination of low fuel improvements brought by the VTEC-E and conventional VTEC engine. A 12-valve mode is used to help in various functions like the swirl of the intake, which helps in low-end torque, better fuel economy, and increased combustion efficiency. A 16-valve mode is also available which provides peak power when the RPM range is at the top.

Honda i-VTEC which is called as Intelligent VTEC combines the operation of DOHC VTEC engines with the VTC engine of Honda. The K series and J series engines released with this technology in vehicles is as follows

To have an increased speed with less fuel consumption, VTEC Turbo was introduced in the year 2013. It came up with new features like turbochargers, gas direct injection, and exhaust on the intake of Dual cam VTEC AND VTC.

These are the different engines made of the VTEC system and the solution to the question of what Honda engines are VTEC.

A long-time ago, it was considered that to have a higher fuel consumption then the engines had to generate high power. The best way to achieve this vision was considered to have a bigger engine. When the engines are bigger with larger cylinders, then more fuel can be combusted compared to a smaller engine. If that is not an option, then the other method is to pressurize the fuel-air mixture into the already existing engine. This method is called forced induction which was used by most car manufacturers where the mixture is forced into the existing sized engine. This was the method used by many vehicles and Honda decided to modify the process with the introduction of multiple camshaft lobes.

But Honda engineered a solution with a slight modification to keep the engine at the same size and change the process by turning the engines faster. Now when the speed of the engine is increased, the more air-fuel mixture is added to the engine, and in turn, the speed is increased. Both the intake and exhaust valves have to be wide open to undergo this process.

This solution is implemented in a VTEC system where the valves open wide with the varying RPMs. This efficient implementation of the idea made it a huge success and further adaptations depending on the requirements are still being done till day. This encouraged the company to use these engines in many vehicles and to the question, what engines are VTEC is provided above.

There are several VTEC variations are available as mentioned at the beginning of the post. The VTEC engine has helped the automobile industry to manufacture a great system for engine operation.

What is the Purpose of VTEC in the Honda Engine?

There is a huge relationship between engine performance and lobes on the camshaft. The VTEC system runs as a combination of an electronic and mechanical system that makes the engine actively start the camshafts. In the VTEC system, multiple camshafts are available which helps the vehicle to move at different speeds. When the engine moves in different ranges of RPM, the computer of the engine is activated. This, in turn, activates the alternate lobes of the cam. The timing is also activated at the same time and the engine gets both low-speed and high-speed camshafts from the same engine. This is the reason that they use such engines and hence the solution to the question of what Honda engines are VTEC?

How the Horsepower of the Honda Engine is Increased?

It is a proven fact that the horsepower of the Honda engine with VTEC system is high. However, it is a confusing task and let us break down the meaning. Horsepower can be defined as the product of torque and RPM. The torque can be increased only when a large amount of air and fuel enters the engine to burn.

The amount of air needed to be sucked into the cylinder can be increased by opening the valves longer. It is impossible to optimize the RPM range as the camshaft spinning is very fast. But in case of the VTEC system, there are multiple camshafts which allow the maximum amount of lift and timing according to different RPM ranges. This is the main advantage of the Honda engine with VTEC system. As the camshaft can be optimized for both high and low ranges of RPM, more torque is produced. Hence the system helps in producing the increased RPM with torque and therefore the horsepower of the engine is increased easily.

The VTEC Honda engines are claimed to run with improved fuel efficiency and changing speeds. This makes the system available to be used for various engines and thereby making it the most important invention by the company. The important invention that is added is the multiple camshaft system which makes the system an ideal engine. The benefits keep on increasing with smooth rides, high performance, speed variations, and so on.

These are the advantages of running engines with the VTEC system. The system makes the engine run smoothly and makes it more efficient.

Why you should use Honda VTEC Engines instead of others?

The VTEC helps the engine to run more efficiently according to the RPM moderation. There are many advantages which are provided by these engines. When it is compared with other systems, they are more efficient in running and consuming fuel. Following are the reasons that you should prefer VTEC system Honda engines to other types

To the question what Honda engines are VTEC, there are several models and engines which runs with the same system. From its discovery since 1989, most of the racing, as well as the domestic cars, are equipped with the same technology. The upgrades are being done to the system depending on the needs and hence this technology is being used till date. It is like a mobile phone operating system which is basic and then more applications are invented. Similarly, the engine system remains the same and the updates are added to the system with changing requirements.